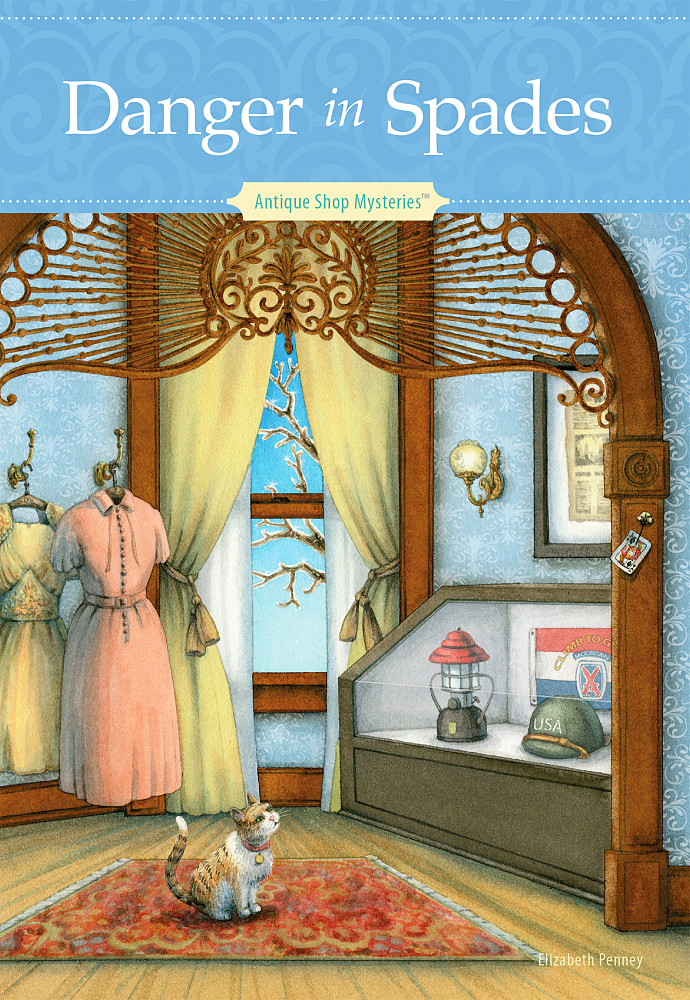 Subscribe to this club
March is charging into Somerset Harbor, Maine, like a lion, but Maggie Watson and her friends in the historical society aren't retreating from the howling wind and treacherous ice storms. They're closing ranks to throw a 1940s-themed birthday bash for Dr. William King, one of the only remaining World War II veterans in town, and the four-star event is doubling as a fundraiser for the local homeless population.

However, party planning takes a disheartening turn when historical society president Ruth Harper drops a bombshell: A long-hidden letter, written in German and dated March 1943, indicates her aunt may have offered sanctuary to enemy spies at her farm. Could Somerset Harbor sweetheart Lillian Spade, heralded for her wartime patriotism, have been secretly harboring the enemy?

Kindly old William King just might hold the key to Lillian's suspicious affairs--but the retired doctor is embattled by problems of his own, including a loose-cannon son. Soon, Maggie is on the frontlines of the King family's dark drama. William's grandson, Chris, calls her in as reinforcements to help track down his father, Ray, who went AWOL from a mental health facility years before. As Maggie seeks intel on Ray's whereabouts, it becomes obvious that someone out there thinks the past should stay buried, and they're pulling rank to ensure that it does.

With the birthday party approaching on the double, Maggie is fighting an uphill battle to get answers for both Ruth and the King family. What happened between Lillian and the Germans at the Spade farm all those years ago? Where is Ray, and why did the man desert his family? And will the person sabotaging Maggie's attempts to find Chris's father call a cease fire before the consequences turn deadly?

All's fair in love, war, and solving mysteries, but this clear and present danger might be one that even Maggie should surrender to--lest she end up with fatal marching orders.

“
What an exciting series! I love the quilt squares, too.
Kathy, Maryland
“
Hard to put the book down!
Vicki, Oregon
“
I just love all your series stories. They are a great read.
Patricia, Mississippi
“
Excellent characters and storyline. Cannot wait for the next one!
Shelagh, UK

Thank you for your interest in Danger in Spades