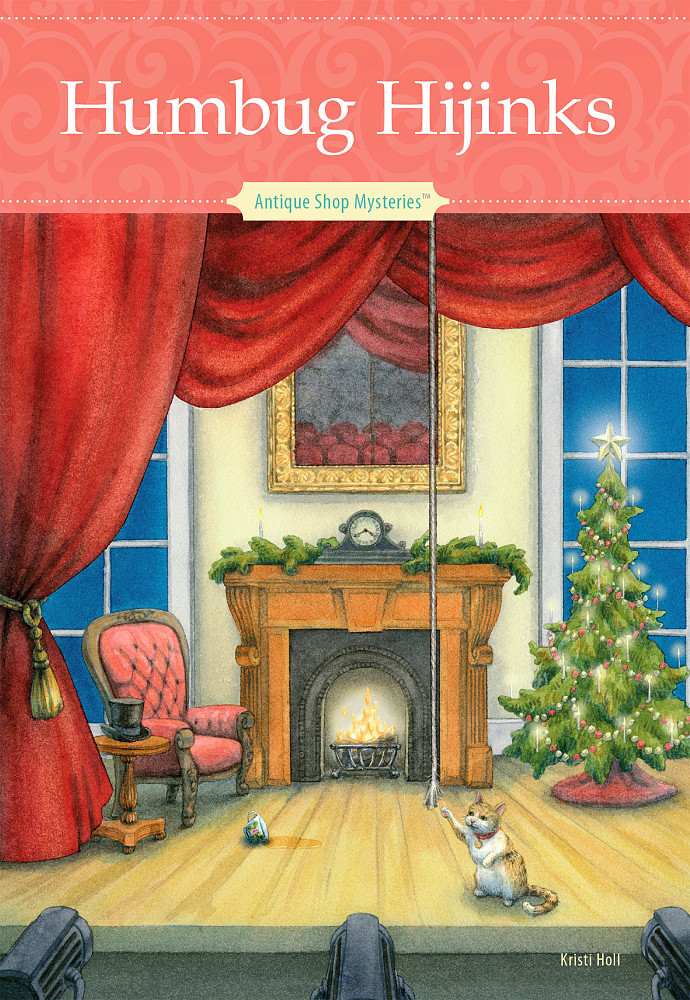 Subscribe to this club
Christmas bells are ringing in Somerset Harbor, Maine, where Maggie Watson and her friends are putting on a local production of A Christmas Carol, but the mood inside the town's recently restored playhouse is anything but merry and bright. The youngsters in the cast are running amok, tensions are fired up between the pompous leading man and the blustery director, and a handful of morale-crushing events have everyone in the play saying, "Bah humbug."

Thanks to her role as a backstage helper, Maggie observes all of this high drama from her place behind the curtain. When flubbed lines, lost good luck charms and pre-performance butterflies give way to more sinister incidents, however, it becomes clear to her that someone will stop at nothing to derail the production before the curtain goes up on opening night.

Further threatening Maggie's festive mood are matters of the heart, and she must come to terms with her past, her present and her future, all while trying to uncover the villain waiting in the wings to destroy everything she and the rest of the town have been working toward for the entire holiday season.

Despite the injured actors, ghostly sightings and troubling discoveries throughout the old theater, the director insists that the show must go on. Can Maggie and her good friends in the historical society discover the key player behind these increasingly frightful incidents before somebody breaks a leg for real - or much worse? If she doesn't stop the mysterious troublemaker in time, it could be curtains for one of Somerset Harbor's most notable residents.

Thank you for your interest in Humbug Hijinks