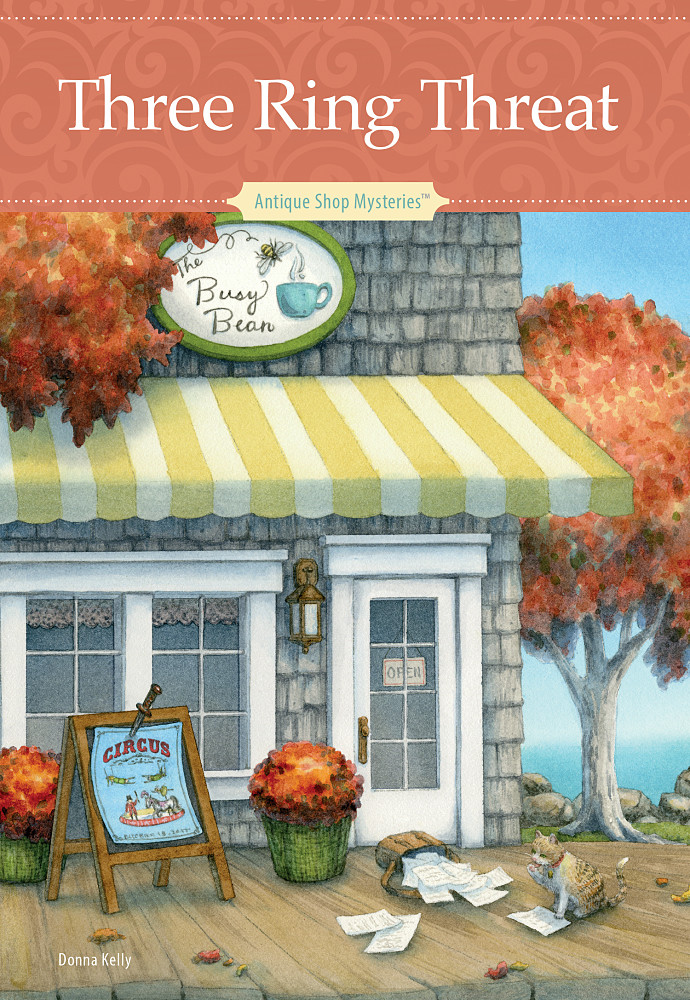 Subscribe to this club
The citizens of Somerset Harbor, Maine, are ready to step right up and enjoy the Circus de Vita, which is high-flying into the seaside village along with crisp fall weather. Considering the excitement radiating through town, Maggie Watson is surprised that her friend Ina Linton seems less than amused by the promise of three-ring thrills. In fact, when Ina receives a box full of 1950s-era circus memorabilia, her reaction is oddly stilted, and her unusual behavior mystifies Maggie.

The two women have no time to clown around, however, after they discover the body of Francesco Valli, a New York City reporter with a secretive mission. As the last two people to see him alive, Maggie and Ina feel compelled to investigate Francesco's death, but they must walk a dangerous tightrope as they daringly dig for clues. Does his murder have more to do with them than they could ever imagine?

Meanwhile, handsome James Bennett is juggling his alderman duties and his latest restoration project, as well as a new business partner, a sophisticated decorator who makes it clear she doesn't work for peanuts. When James starts acting strangely, Maggie wonders if Juliet's glamorous façade has him fooled. Is the suspicion troubling Maggie simply jealousy, or does the haughty designer have something to hide?

Maggie encounters mayhem and misdirection at every turn, and there's a mysterious ringleader seemingly calling the shots from the shadows. Maggie's fear goes from sideshow to main attraction when one of her closest friends pulls a disappearing act, and she'll jump through any hoops necessary to avoid a fatal grand finale. Can she keep up her death-defying performance long enough to prevent the big top from toppling down?

If Maggie isn't careful, the Circus de Vita could end up being the deadliest show on earth.

“
What an exciting series! I love the quilt squares, too.
Kathy, Maryland
“
Excellent characters and storyline. Cannot wait for the next one!
Shelagh, UK
“
I just love all your series stories. They are a great read.
Patricia, Mississippi
“
Hard to put the book down!
Vicki, Oregon

Thank you for your interest in Three Ring Threat