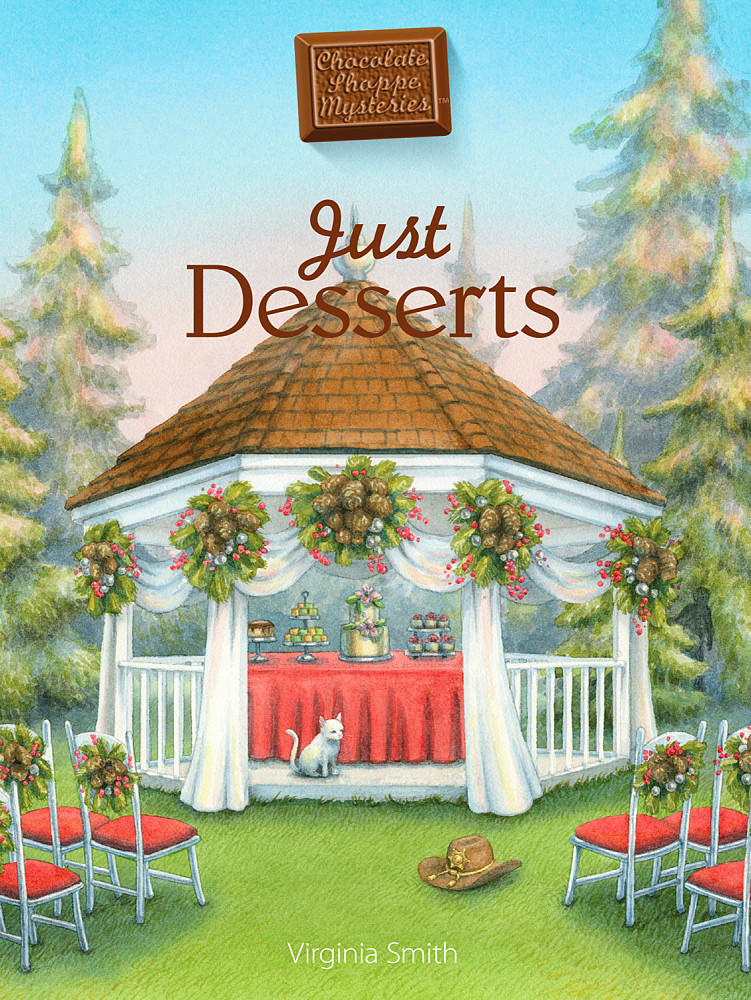 Subscribe to this club
December is off to an unseasonably warm start in Moss Hollow, Georgia, and the hot topic of conversation at The Chocolate Shoppe Bakery is the upcoming wedding of Jillian Green's best friend, Savannah Cantrell. Preparation for the desserts-only affair being held at Belle Haven mansion is going full-steam ahead, and Savannah is showing no signs of getting cold feet.

Talk of sweets turns sour, however, when the latest planning meeting is interrupted by the bone-chilling news that Sheriff Henderson has been shot. Deputy Goodman "Gooder" Jones is fired up over the incident and determined to turn up the heat on a long list of suspects. Jillian raises the possibility that Gooder was the shooter's original target, not the sheriff, but the deputy dismisses her advice to broaden his search. Will Gooder's willful ignorance get him into hot water?

Although Jillian fears that Gooder's budding crush on Moss Hollow newcomer Lacy Dixon is clouding his judgment, she also finds herself warming up to the soft-spoken woman. The more time Jillian spends with her, the more she wonders: are Lacy's true feelings about Gooder simmering beneath her frosty demeanor? Or is she concealing chilling secrets that Jillian can't even imagine?

More shootings have tension in town at a fever pitch, and plans for Christmas and Savannah's wedding are put on the back burner. After one incident turns deadly, Jillian struggles to keep a cool head. Can she help Gooder uncover the coldblooded killer before he strikes again, or will somebody else she cares about get burned by the madman terrorizing Moss Hollow?

“
I just love all your series stories. They are a great read.
Patricia, Mississippi
“
Excellent characters and storyline. Cannot wait for the next one!
Shelagh, UK
“
Hard to put the book down!
Vicki, Oregon
“
What an exciting series! I love the quilt squares, too.
Kathy, Maryland

Thank you for your interest in Just Desserts