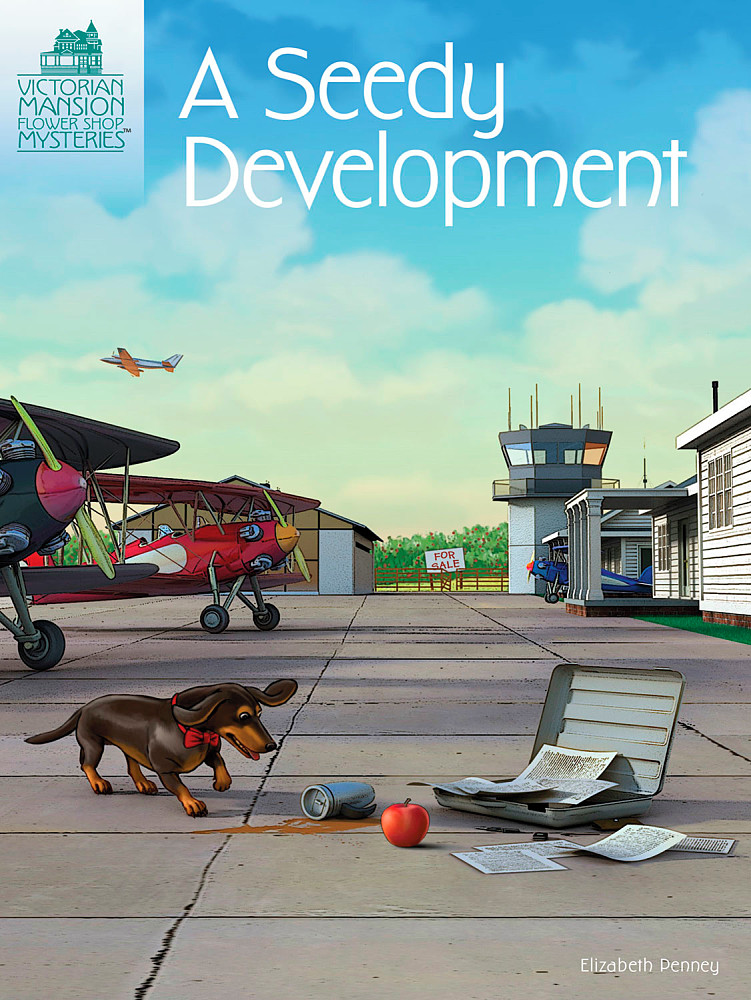 Subscribe to this club
Autumn has arrived in Turtle Cove, Washington, and Orcas Island's Apple Fest Fly-In is ready for liftoff at the local airport. Florist Kaylee Bleu is excited to host a vendor booth at the event, not only to fuel sales for The Flower Patch but also to stay close to the action as pilots showcase their flying skills. She's also enjoying the chance to get to know her friend DeeDee Wilcox's godfather, Wilfred Bates, an aviator and organic fruit farmer with an orchard adjacent to the airfield.
Kaylee's enthusiasm takes a nosedive, however, when she overhears an argument between Wilfred and David Smythe, a real estate developer trying to get a fly-in community off the ground; and swindle Wilfred out of his land in the process. However, just when Kaylee thinks tension at the airport can't get any higher, she unwittingly discovers David's dead body . . . and her heart does a loop the loop when she realizes he was murdered.
The situation becomes especially tricky to navigate when evidence found at Bates Fruit Farm leads to Wilfred's arrest for homicide. Kaylee and DeeDee know that Wilfred is innocent . . . but who is guilty? More than one of David's fellow pilots may have a motive to kill, and Kaylee begins to feel like she's flying blind as she struggles to untangle several years' worth of aeronautical intrigue surrounding the Turtle Cove Airport.
On a wing and a prayer, Kaylee works to exonerate Wilfred before the court of public opinion can convict him of David's murder. But will the truth take flight before it's too late? If Kaylee isn't careful, she could be the next Orcas Island resident to crash and burn.

“
What an exciting series! I love the quilt squares, too.
Kathy, Maryland
“
I just love all your series stories. They are a great read.
Patricia, Mississippi
“
Hard to put the book down!
Vicki, Oregon
“
Excellent characters and storyline. Cannot wait for the next one!
Shelagh, UK

Thank you for your interest in A Seedy Development