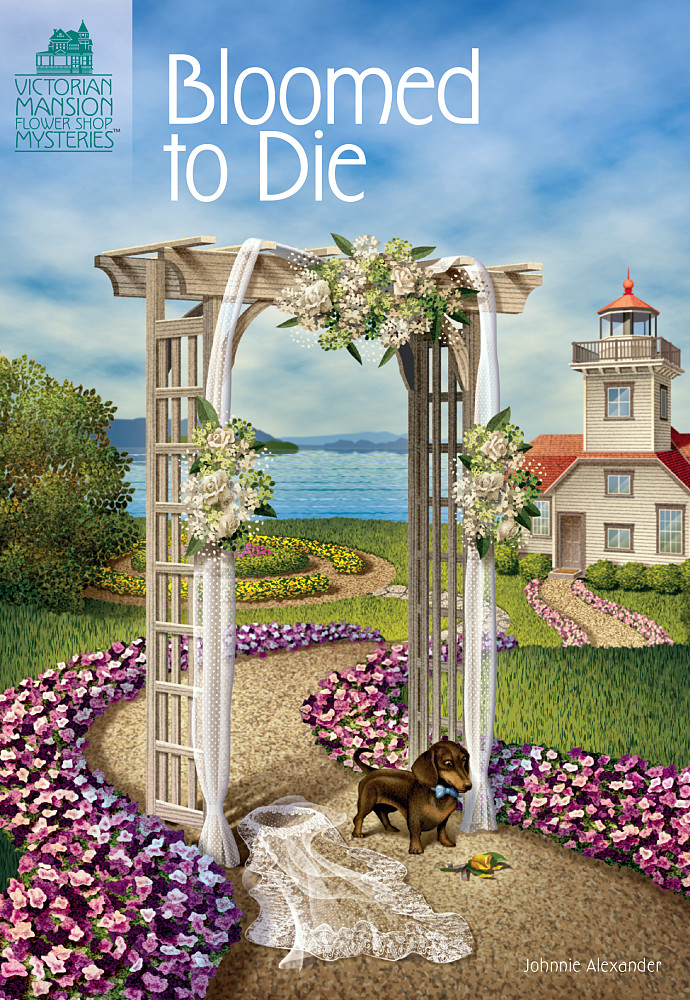 Subscribe to this club
Wedding bells are set to ring in picture-perfect Turtle Cove, where Kaylee Bleu and the Petal Pushers are readying the grounds of Orcas Island's historic lighthouse for the event of the year. Prodigal daughter Brooke Edgars has returned to the island to marry local millionaire James Stratford, but the couple's trip to the altar is altered when Kaylee makes a horrifying discovery: the groom's dead body.

Kaylee becomes even more engaged in the case when her trusty dachshund, Bear's, life is put in danger. She proposes to do local law enforcement a favor and help solve the crime -- even if it means putting herself in harm's way to protect her loved ones.

Thanks to her past life as a plant taxonomist, Kaylee determines that James has been poisoned with oleander, a native flower that's as beautiful as it is deadly. But that answer only leads to more questions: Did one of James's many enemies conspire to murder him? Could he have fallen victim to a fatal fiancee? And was he even the killer's true target?

Unconvinced by the sheriff's assertion that James was the intended victim and that Brooke was more black widow than blushing bride, Kaylee and her garden club friends vow to untie the knots surrounding this whodunit. As they dig up more dirt, they discover that not everything is what it seems. Childhood grievances, bad business deals, hidden pasts -- the motives keep piling up while the murderer remains on the loose.

Can Kaylee lift the veil on the mystery before the killer says "I do" to another murder?

Thank you for your interest in Bloomed to Die