Loot of All Evil 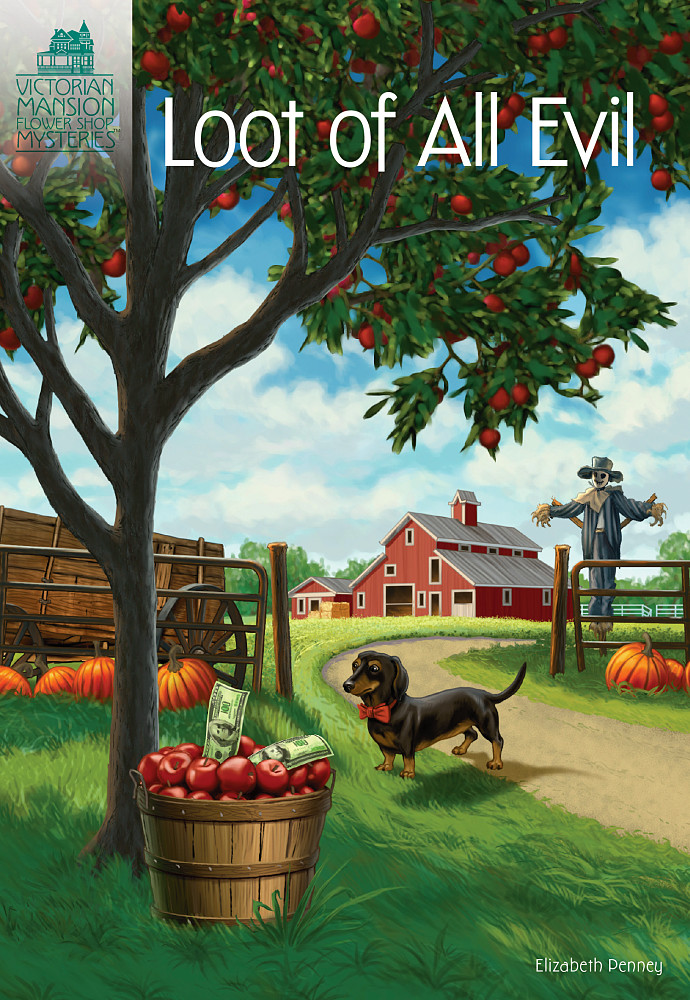 Subscribe to this club
Excitement about Thanksgiving is taking root in Turtle Cove, Washington, where Kaylee Bleu has much to be thankful for: thoughtful friends on Orcas Island, a successful flower shop, and the companionship of her cutie-pie dachshund, Bear. Plus, Kaylee's part-time florist, Mary Bishop, just planted the seeds of a revenue-revving venture at The Flower Patch, and customers are gobbling up her gourd-eous decorative pumpkins.

While restocking their supply of pumpkins at Madrona Grove Farm and Orchard, Kaylee runs into librarian Kathy Fitz, and Kathy's untrustworthy ex-husband, true crime writer Boyd Parsons. For better or worse, Kathy appears to be falling once again for Boyd, who has returned to Orcas Island to harvest information about loot that went missing from a 1930s bank robbery. Kaylee soon finds herself swept up in the mystery as well, helping the former couple track down the lost plunder.
However, it quickly becomes clear that they aren't the island's only treasure-hunting inhabitants. Suspicious events begin to plague Kaylee and the people around her, and things go from troubling to nearly tragic when Boyd winds up in the hospital. The situation worsens exponentially when Kathy is arrested for assaulting her ex, and Kaylee is partly to blame.

Kaylee knows Kathy is innocent, and she refuses to let her wither on the vine. She and handsome handyman Reese Holt join forces with Boyd to figure out who attacked him and where the money was squirreled away decades ago. Who is to blame for the increasingly dangerous hijinks afoot on the island? Is it another one of Boyd's jilted exes? Someone he wronged with one of his tell-all books? An unknown assailant trying to spoil their search?

If Kaylee doesn't leave things alone, she might be the next person on Orcas Island to have her hopes squashed, permanently.

Thank you for your interest in Loot of All Evil