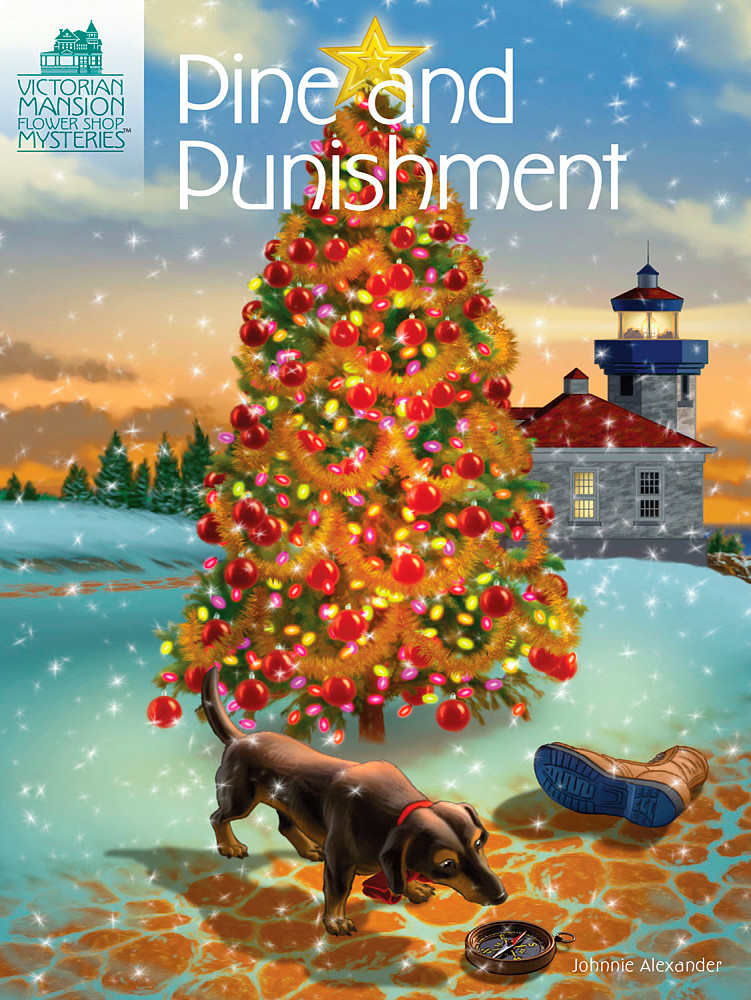 Subscribe to this club
Florist Kaylee Bleu is celebrating Christmas in Turtle Cove, her home on Orcas Island in the Pacific Northwest. She and her trusted employee and friend, Mary Bishop, are adorning The Flower Patch with poinsettias and pine boughs in anticipation of a merry holiday season. It isn't long, though, before Kaylee's roped into joining the town's Festivities Committee. Packing one more task into her tremendous to-do list isn't exactly the direction she wants to go, but Kaylee can hardly refuse. Besides, as a member of the committee, she can try to revive Turtle Cove's tree-lighting ceremony, which was discontinued years ago for mysterious reasons.

When a young woman arrives at Kaylee's door, begging for help, Kaylee isn't sure she has the stamina to take on yet another challenge. But the weeping widow's words of woe tug at Kaylee's resolve. It seems Jake Beckett died of a heart attack, leaving behind a cryptic message before he met his maker. Kaylee quickly recognizes the jumbled numbers on the crumpled scrap of paper: they're GPS coordinates. Will they blaze a tantalizing trail leading to treasure? Or will Jake's final message turn out to be something better left buried?

Kaylee's pulled down another path when a former resident, now a tourism consultant, arrives on the island. She wants to use The Flower Patch as the starting point for her promotional campaign. The extra publicity will be welcome, but Kaylee can't help but wonder if the marketing maven has a hidden reason for returning to Turtle Cove. She seems overly interested in the dead man's cache of clues. Signs point to her having a connection to Jake before his death. and to the tragic death of another young man years before.

When it's revealed that Jake was actually murdered, Kaylee finds herself hot on the trail of a killer. More than one person with hidden motives might have been seeking Jake's demise. But can Kaylee complete her trek to the truth in time to prevent another victim from being bushwhacked?

Thank you for your interest in Pine and Punishment