Woes By Any Other Name 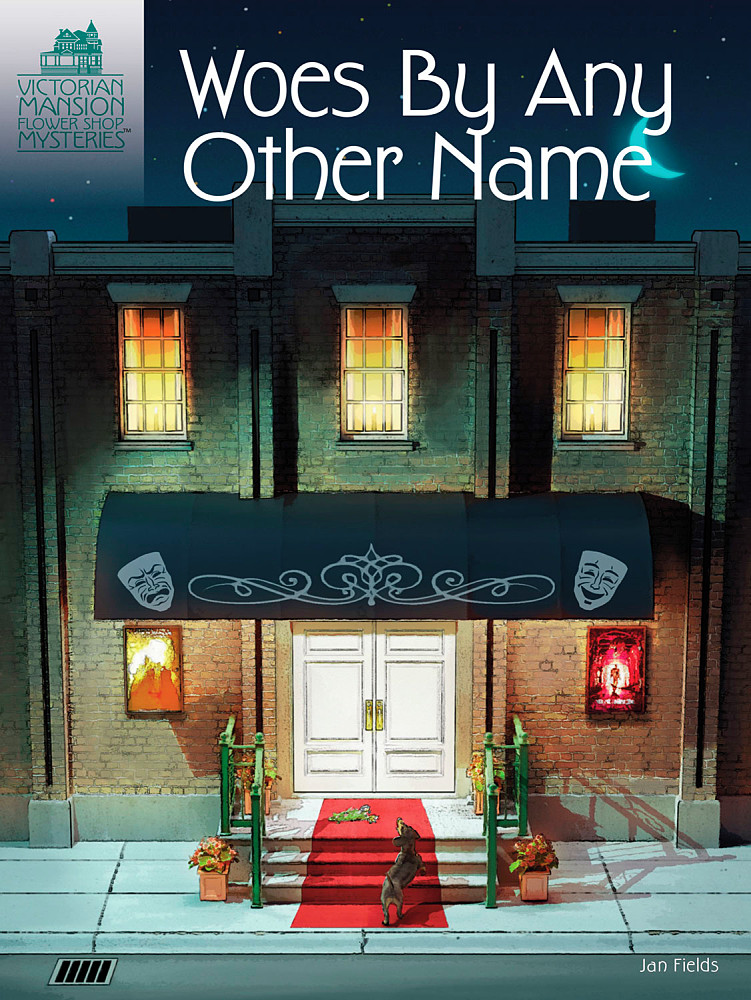 Subscribe to this club
Turtle Cove, Washington, florist Kaylee Bleu is anticipating a low-drama autumn, but her expectations are quickly upstaged by the arrival of an attractive young couple opening a new theater on Orcas Island. Kaylee has never been one for the limelight, but her leading man, adorable dachshund Bear, is offered the opportunity to participate in the playhouse's first production as an understudy for its canine stars, Gilbert and Sullivan.

Although Kaylee would prefer to remain behind the scenes, she agrees to let her little dog join the fun at the theater along with some of her friends and several other Turtle Cove townsfolk. But Kaylee's potential stage fright turns to actual fear when a member of the troupe is injured and Sullivan vanishes. Was the actress attacked, or did she merely suffer from bad timing? And did the canine thespian simply run away; or is there something more nefarious at play?

Despite the unease surrounding the mysterious events, the theater owners decide that the show must go on. As rehearsals continue, Kaylee has a front-row seat to the drama unfolding both on stage and off. Resolved to pull back the curtain on the increasingly strange happenings at the Ropeworks Playhouse, she questions all of the actors about their respective roles; only to find that many of their answers cast doubt on the entire production.

When merely suspicious incidents give way to downright threatening attacks - and worse - Kaylee's determination to thrust the bad guy into the spotlight gets top billing. Can Kaylee uncover the truth before the madman waiting in the wings directs her toward a fatal final act? If she doesn't unmask the villain in time, breaking a leg will be the least of her worries.

“
What an exciting series! I love the quilt squares, too.
Kathy, Maryland
“
Hard to put the book down!
Vicki, Oregon
“
Excellent characters and storyline. Cannot wait for the next one!
Shelagh, UK
“
I just love all your series stories. They are a great read.
Patricia, Mississippi

Thank you for your interest in Woes By Any Other Name